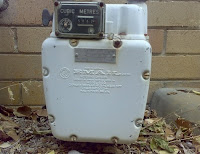 Some say 'No!' and I believe these people to be involved in some way with selling email marketing campaigns, email marketing software, email lists, or spam catcher software. No one will ever admit to something that could effectively kill their livelihood.

In my opinion, email marketing isn't dead, but it's definitely aging faster than a baby-boomer. 63% of Canadian households have broadband internet access and penetration of other e-marketing like RSS feeds is below 5%. But what about the demographics and the growing population of savvy web users?

All the stats I read tell me that the 'up and coming' generation of tweens, teens, college and Uni students, and recent grads-- all the way up to the group working at their first real job-- are using IM, Facebook, Twitter, MySpace (not so much anymore unless they're in a band), and their mobile phone (either for talk or txt) to communicate over 95% of the time. Most of the 'Under 18' crowd only have email so that they can reset the password on their other, more acceptable, web services. Email is too slow. Email is not connected. --and rarely is email relevant, at least to this group.

The 20 somethings, first job, second job, maybe real job, pushing 30, 30-35, thinking about marriage and kids, married with kids, paying off their debts, drinking wine instead of whiskey-- this crowd has and uses email. Granted. However they grew up with email, and are acutely aware of what is email from their friends, and what is not. They can also tell instantly between spam and solicited commercial. If they did double-opt-in for that commercial piece, then the only chance you have of getting them to read it is if the content is fresh, succinct, free of clutter like too many images or HTML formatting, AND they have time.

So then there are the 35+, married, children, buying houses, buying second cars, 45+ good jobs, decent money, 55+ hoping retirement isn't your slow death-- the people who can remember what a typewriter is(was) and even how to use them. Don't get me wrong- 63% of Canadians have broadband, and that's a ton of people in this category, but what are they doing on the web? Maybe they're looking at their stock portfolio, or shopping for the grand kids, but this is the generation that uses email primarily for work. They don't have gmail or hotmail or their own domains, because their only exposure to email is whatever the IT dept at their company permits them. They have a single email address, and because of this, they already get lots of junk from "that time they registered on that web site to get the free iPod" (back before they knew that you shouldn't do this). They get emails monthly from newsletter they signed up for, and they just can't figure out how to unsubscribe, so they just ignore and delete. These are emails they SAY they wanted at one point, but they've moved on, and the content didn't keep up.

Sure, email marketing isn't dead-- but to whom would you like to speak?
RSS