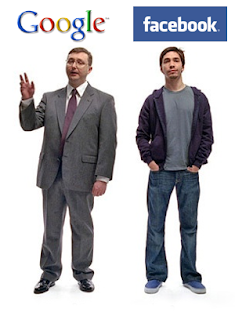 Facebook has 150+ million users and yet generates only $208 Million in annual advertising revenue. That's $1.39 per user. Not very impressive when you think about how much money Google makes.
Advertising isn't very exciting though.
Imagine for a moment that you had to pay $8 sometime in the next 12 months to keep your Facebook account active.  You would be exempt if you ever bought a $1 gift, or paid for a Facebook ad, but everyone else would have to pay.  I would hazard a guess that 10 million users would be of an age that simply could not get a credit card (or trick a parent) to pay the fee.  Another 10 million would probably quit on principle, and move to some completely lame FREE social network that none of their friends were on.  That leaves 130 Million Facebook users at $8 each instantly putting revenue at $1.04 Billion a year.  --And that's just membership, not even whatever awesome other things they can do to grow revenue.
I pay $20 US (somehow that's $31 Canadian) a year to have a Flickr account, and right now Flickr pales in comparison to the number of photos and videos being uploaded to Facebook everyday. Sure there's a free account for Flickr, but I want unlimited.
What if Facebook had Free Facebook, but as soon as you wanted to upload more photos or become friends with more people you had to pay.  Would it limit your social interactions, or just make you pay for them?
facebook google loyalty