Aura - Everybody must love it?

on June 03, 2009
From a Motorola Phone to an Avaya Business System to a line of paint from Benjamin Moore to a car from Saturn to a new condo under development in Toronto. The name Aura is both trademarked AND over-used. Are brand agencies so desperate for cool words that they need to use (and fight for recognition for) such a term.

Is it so hard to think up a short, memorable word that can make people think the same sorts of things?  My concern, not as a brand guy, but an eBusiness guy, is when the new brand is presented to the rest of the team, and everybody says "We better get the Dot Com."  Ya right.  And then the next thing they say is "Well at least we should come up first in Google, right?"  Sure.
If you have a product with a generic term as its name,  and there is a wikipedia entry about the disambiguation of the term-- it's the wrong term.  You want a word that when people hear it, they know how to spell it, you own the Dot Com, and there aren't any other sites, products, (foreign or domestic) using the term.  That's a great new name.
Don't get lazy Mr. Brand Agency!  Talk to your eBusiness and Digital stakeholders about what you're doing.  Learn what SEO means.  For the love of pete GOOGLE the new, awesome, name you came up with... 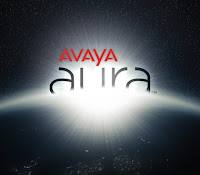