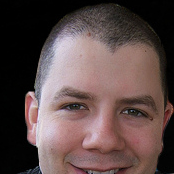 First let me disclaim that the views on this blog are my own, not those of the companies for whom I consult.  I think that social networking is becoming so entrenched into the fabric of our lives and so important to how we stay in touch with our families and friends that we are moving towards inevitable ubiquity.

There was a time, before I was starting companies or getting jobs, where companies would selectively give people computers based on the work they had to do. Then later, is was "Does this person need email? or Internet access?".  That was back before we googled for everything.  Productivity actually went up, and more and more people got internet access and computers until they were ubiquitous.  Now when you start a job (depending on the work) it's assumed that there's a computer provided, and that there will be internet access from that computer.


Now the decision making, whether at the IT level or the HR level or the Executive level, surrounds what we see on the internet.  Filters, screening, blocking, traffic shaping, bandwidth conservation and the like.  How soon until everyone can do everything everywhere?  It's not as though filtering Facebook or Twitter from a corporate network will stop someone who wants to use it-- they can simply use their mobile device to update statuses, check on friends, arrange social events, etc.

Is it a productivity issue?  Will I be more productive at my job (not my job, but someone who doesn't spend all day on Facebook for work)?  Is it a trust issue?  Will I post something I shouldn't? Am I not smart enough to decide what is or is not appropriate to talk about?  Is it a level issue?  Junior people who may not be around very long don't have their long-term career in mind when they post something...

Here's an amazing compilation of some research from Deloitte that shares some thoughts and attitudes surrounding social media use in the workplace, and the reputational risk associated with it.

This Social Media Governance site has examples from countless companies on how they're dealing with social media. If you're looking for some help or examples, that's a great place to start, but here's my opinion:

Trust is powerful. The web is surprisingly open. Privacy is an illusion. Honesty is rewarded.

I don't post anything from a public tweet to a private Facebook message that I'm not comfortable handing to my boss on a piece of paper.  The likelihood that your boss will ever see anything you post is small, but is not inconceivable.  From the very early days of 'Emails can be forwarded to anyone' back in the 90's, I've tried to keep a pretty open and friendly persona.  Controlling your reputation online is also important, but I think if people understand that anyone could be listening then all of the sudden there's a click, and things get better.

The challenge (how I see it) comes from the Gen Y and Millenials that have no concept of 'protecting their career' or 'google indexes everything' or 'nothing is really ever deleted'.  They tweet their thoughts and feelings from FML to the mundane.  That's where your brand and/or company needs to worry.

Ex.  I'm sixteen, and I have a mobile phone.  I hate my boss for making me do something at work that is in fact my job, but that which I despise.  I decide to take a photo or video of something at work, add a funny name, include the company name, and a few swear words. It's on the internet. It's picked up by keyword monitoring by not just the company's internal people, but also the PR agency, the digital agency, the legal team, as well as the company's competitors and their teams.  All of the sudden everyone is in a tizzy, having $1000 meetings about what to do and how to respond.  Is there HR action to take? Is there legal action to take?  What a predicament?   How about this:  I have 16 followers!  The only people who even maybe saw that tweet or post are my friends and family, and they didn't care or even remember 2 days later.


Trust is powerful. The web is surprisingly open. Privacy is an illusion. Honesty is rewarded. BUT: People are fickle.  If Michael Jackson dies, all of the sudden we care less about Iran.
corporate facebook policy politics