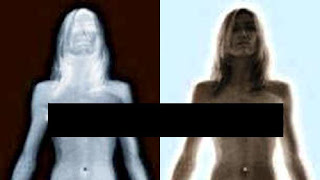 I object to the knee-jerk million dollar reaction to the underwear bomber. I also object to the thought that since the TSA can't save them, and they are "deleted immediately", that the x-ray-like images of naked people will not show up on the internet immediately.  A simple 'invert image' function on photoshop will make the weird scanner image look almost pornographic, so Houston-- we have a problem.

Ok, first-- it's good technology.  Seeing people without their clothes is much better than shy security not doing the full crotch pat-down and letting through the bad people;  However, this is pretty invasive for most people, and still requires lots of personnel, training, and (as mentioned) expensive equipment.  If I manufactured these scanners, I would have set up the underwear bomber charade myself just to sell more units. 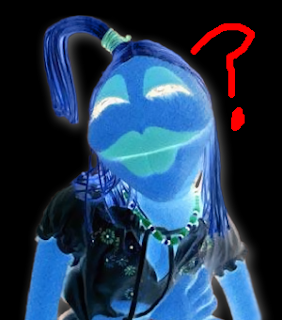 The scanner should be able to create an image that is just black and white blobs, with big red squares on anything deemed 'not good'.  The scanner has to interpret the data anyway, so make it show muppets for gods sake.  Have it show anything-- except naked people.
Security