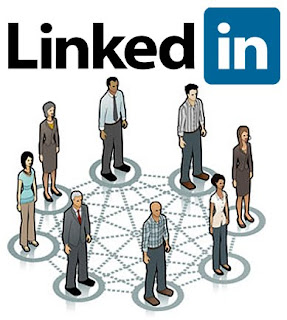 In the past I've found that people typically only give recommendations after working with someone, not while they work with them. Why is that? Good employee engagement programs have mechanisms for peer recognition that work all the time. Why has LinkedIn evolved in such a way that the positive feedback or kudos mostly come as a past-tense blurb?
I think there a few reasons, and I plan on attempting to shift behaviour in myself and my colleagues over the coming months. My personal challenge is to write a LinkedIn Recommendation for a current or former colleague, a few times a week for the next few months.
So why don't people do it all the time?
The first reason is that it may seem awkward to say something nice about someone and then see them in the hall the next day. I'm not trying to date you! I just think you did a good job, and if that means that all your current and future connections see it, then so be it. I happen to be not much of an introvert, so if I say something nice and public, I'm ok with it. ---the other side of the coin is that you may choose not to display it on your profile if it doesn't quite fit with the persona you're trying to present to the outside world. That's fine. It's your choice.
Why recommend someone? Well-- what's in it for you?
You get the added benefit of real estate on that persons profile, assuming that what you're writing is positive and that they're proud to show it off. If my colleagues read this they may think that the recommendations I write in the next few weeks are for that reason alone, but they're not. Here's the other big reason: It helps us both. Out in the world, where the recruiters lurk, searching people out for jobs and stalking our every move, positive connections help to differentiate you from the next person.
If the recruiter sees two similar profiles, but one has a recommendation-- that's a big differentiator. Sure, maybe that other person could go and get a letter of recommendation, but you've already got it. You've got the social proof that says, "Hey, this guy didn't just sit in his cubicle or office and do work, he made an impression. He was a go-getter". Those kinds of things matter.
What if you're in a fairly senior role with no inkling of leaving? Why bother?
Think of the other person. Even though recommendations can be from peers, reports, bosses, clients, or teams-- it's likely that if you pick one person a week to write something positive about, the good karma will come around. At the least, they know that you value them (along the same emotional mechanics as the peer recognition strategy) but beyond that, you may unwittingly help them to get their next job. For you, it polishes the reputation you've built for yourself in the market. You may be a strong 'networker' but nobody may know that.
What are some other benefits of the recommendation?
For those junior peeps at the company who may not have a ton of experience, it can be a way to say to a recruiter "Sure, I may not have the 5+ years experience you're looking for, but look at what these senior dudes say about me. I'm the person you want."
I touched on it before, but the last thing I'll bring up is of course peer recognition. By sending a recommendation on LinkedIn, you're publicly validating the work someone does in a general sense. Lots of programs have peer recognition mechanisms for specific acts or behaviour but a LinkedIn recommendation is more of a generalized recognition. It says, "Overall, this person was good enough, smart enough or did good enough work, that I thought the whole world should know.
So-- here's my challenge to you. Pick one person a week from your past or your current place of work and recognize their efforts, expertise or enthusiasm.
employee loyalty linkedin recognition